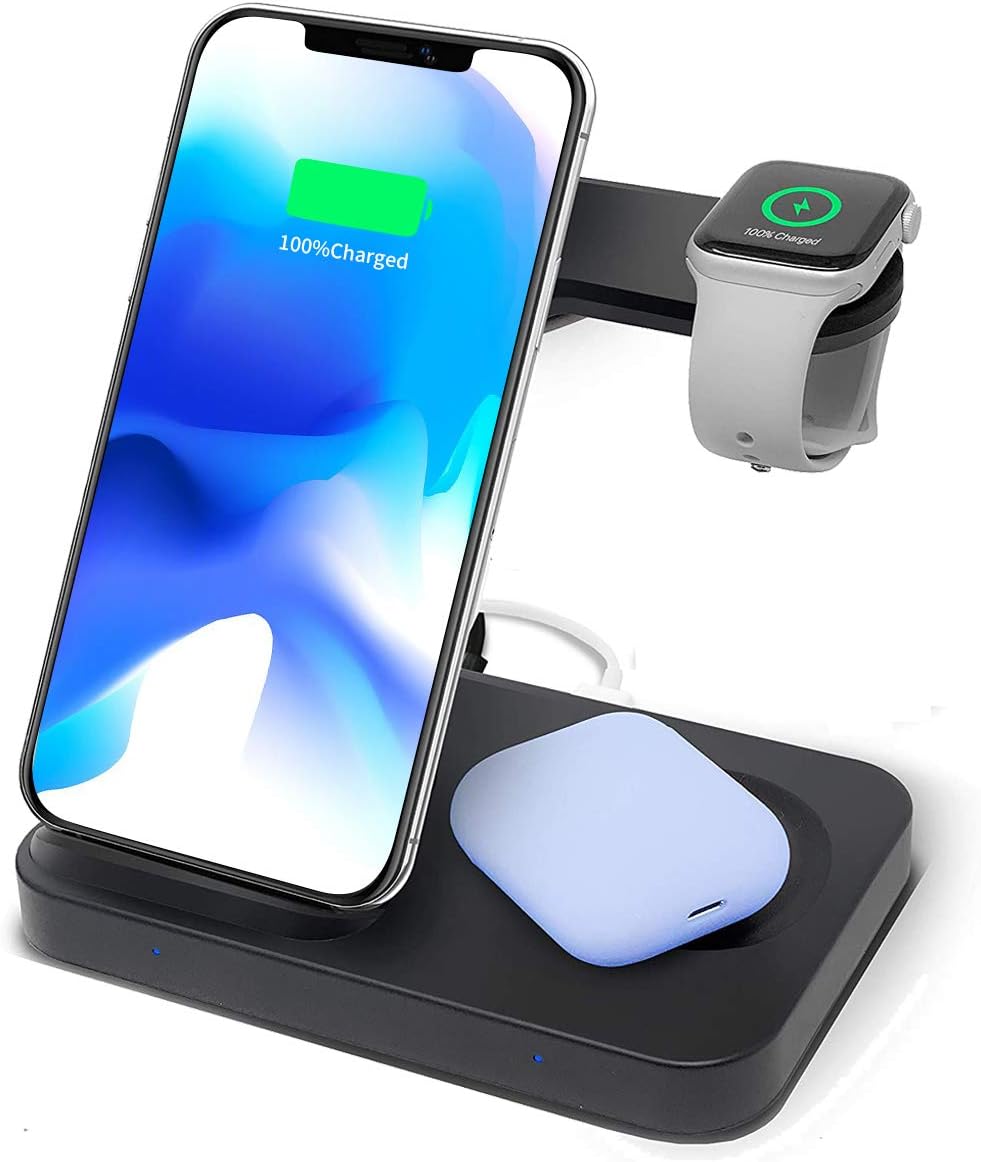 3-in-1 Design wireless charging station, powered from only one outlet, and also a USB external buckle that can connect a data cable to charge your 4th device can charge 4 devices simultaneously. All of this will make your reduces the clutter and mess of charging wire and adapters, keep your desk tidy and clean

Our wireless charger is compact and can be placed on the bedside table next to the bed. The tiny LED indicator will Only faint light blue when charging which will not disturb your sleep